EFG Hermes reports a near two-fold increase in revenues to EGP 2.3 billion in 2022 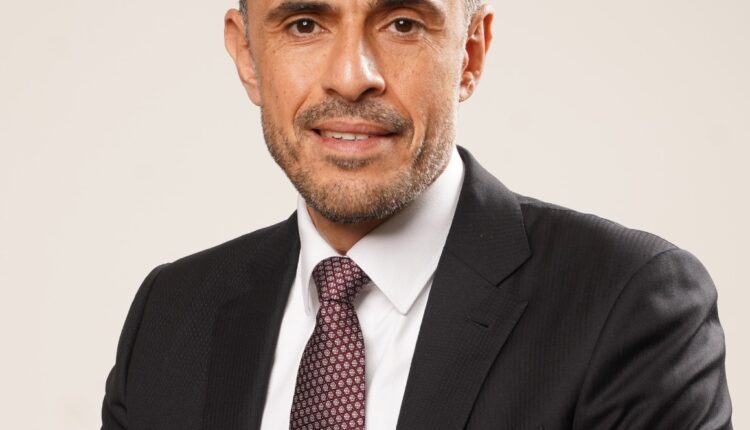 EFG Hermes, an impact-driven universal bank in Egypt and the leading investment bank franchise in Frontier and Emerging Markets (FEM), announced today its results for the third quarter of 2022. Group revenues surged 95% Y-o-Y to EGP 2.3 billion in 3Q22, driven by strong results booked by the Investment Bank and Non-Bank Financial Institution (NBFI) platform as well as the consolidation of aiBANK revenues during the period. This filtered through to a Group net profit before tax of EGP 650 million, up 70% Y-o-Y in 3Q22 and reflecting buoyant performance by each of the Group’s lines of business.

EFG Hermes Holding’s Group CEO Karim Awad commented on the results: “Despite a challenging global economic backdrop fueled by rising inflationary pressures, global supply chain constraints, and the recent devaluation of the Egyptian pound, the Group reported an impressive set of results for the period on the back of our tried-and-tested business model and diversity of our operations. On the Investment Bank side of the house, we continued to showcase the success of our world-class advisory services and innovative product offerings, having executed a total of eight M&A, debt, and equity capital market transactions, including two milestone cross-border acquisitions. The NBFI platform continued to go from strength to strength, forging value-accretive partnerships, acquisitions, and investments during the quarter on its way to becoming a full-fledged financial service ecosystem. With Tanmeyah’s acquisition of Fatura as well as valU’s acquisition of Paynas, the vertical is consistently growing its offering and powering synergies across its brand universe. As for our commercial banking business, aiBANK’s consolidation continued to prop up Group performance as revenue from the bank climbs with every quarter.”

Meanwhile, Group operating expenses surged 108% Y-o-Y to EGP 1.6 billion in 3Q22, driven by the consolidation of aiBANK expenses and higher operating expenses at the Investment Bank and the NBFI platform due to rising inflationary pressures and the devaluation of the Egyptian pound during the period.

As for the performance of the Investment Bank, the business booked a solid revenue increase of 60% Y-o-Y to EGP 1.1 billion on the back of strong performances from all verticals in 3Q22. Sell-side revenues increased 42% Y-o-Y to EGP 597 million, dual-driven by growth at the Investment Banking and Brokerage divisions in 3Q22. Investment Banking revenues soared 96% Y-o-Y to EGP 209 million due to a pipeline of lucrative transactions executed by the division, having closed eight milestone transactions during the quarter valued at USD 1.6 billion. These include advising on Abu Dhabi Ports Group’s first investment in Egypt in two maritime and terminal operating companies and the Public Investment Fund of Saudi Arabia’s acquisition of a minority stake in Egypt’s leading consumer electronics provider, B.Tech, to name a few. Meanwhile, Brokerage revenues grew 24% Y-o-Y to EGP 388 million on the back of more robust executions in the GCC in 3Q22.

As for the NBFI platform, the business booked a top-line increase of 29% Y-o-Y to EGP 664 million in 3Q22, driven by solid performance from the Group’s Buy-Now, Pay-Later (BNPL) lifestyle enabling fintech player valU as well as the leasing and factoring platform EFG Hermes Corp-Solutions. valU’s revenues grew 57% Y-o-Y to EGP 153 million, with the company ranking second in terms of market share at 29.3% YTD as of August 2022. At EFG Hermes Corp-Solutions, the leasing business booked a stellar revenue increase of 125% Y-o-Y to EGP 110 million in 3Q22, primarily due to a net securitization gain of EGP 64 million during the period. As of August 2022, EFG Hermes Corp-Solutions’ leasing business ranked third YTD in terms of market share, which hit 10.5%, while its factoring business recorded a market share of 15.7%, ranking second.

At aiBANK, revenues increased 3% Q-o-Q to EGP 580 million, driven by growing interest income stemming from an 11% Q-o-Q increase in gross loans to EGP 21 billion in 3Q22. aiBANK’s loan-to-deposit ratio climbed to 46% in 3Q22, from 44% the previous quarter. Net profit after tax declined to EGP 113 million in 3Q22 compared to EGP 149 million in 2Q22, primarily due to a drop in income from associates and other revenue streams during the period.

Awad concluded: “Our results over the past period confirm the Group’s ability to deliver on the goals it set for the year’s final stretch, perfectly positioning us to end 2022 on an excellent note. The acquisition of aiBANK will propel our ambitions to become a financial service powerhouse in our home market of Egypt. At the same time, our NBFI platform is building what we envision will become an end-to-end provider of financial services, empowering people and businesses at every stage of their growth. Simultaneously, the Investment Bank will leverage the outstanding track record both the buy- and sell-side of the business have built over the years to maintain our standing as the advisory partner of choice. These three verticals anchor our ability to capitalize on attractive opportunities on all sides of the house. In saying this, the resilience and unwavering commitment of our talented and hard-working people are what drive EFG Hermes’ growth story and what will cement our position as the premier provider of market-leading financial services throughout our footprint.”